Date 3/15/2021
Winds 15 with gusts to, you don’t really want to know.
Temperatures low 20s with the wind chill below zero
Bright sunshine
Fleet #19
29 participants sign up

Ice was scouted the week before with only one major barrier noted and that was a major pressure ridge off Welsh island going clear across the lake at the north end of the Broads. Cold nights over the weekend did some major repair while also opening up a few other minor hazards along the way.

Ice was scouted the week before with only one major barrier noted and that was a major pressure ridge off Welsh island going clear across the lake at the north end of the Broads. Cold nights over the weekend did some major repair while also opening up a few other minor hazards along the way.

Directions were given to pick a sailing buddy and stay within quick closing distance in cease of assistance.

My phone number was given out and participants were told to text me if they turned back and were safe in harbor.

The first meetup was in the lee of Parker Island. The whizzes and J14s were there quickly and when I arrived they were ready to continue. I held back and waited for the remainder of the fleet to weather. The attrition rate was high as the main part of the big lake showed its power. A dozen boats from the second wave left shortly after the first sailing conservatively to the pressure ridge. A crossing was quickly found and we made our way up to 6 mile island.  After a brief rest, we headed out again. The miniskeeters were having some problems and pulled into the lee of another island. After crossing another small break my sail came down as my halyard shackle had worked open from sail flapping I assume. The group continued up the lake while I ran sweep.  After a quick rest and a check on the minis, I continued on only to have my mast fall down due to a quick pin on the forestay popping out. ( I Had just replaced the clevis I had in there yesterday. Lesson learned ) I then proceeded up the narrows and joined the fleet at Center Harbor at about 2:30. After a quick bite, the discussion was made about the return. There was great concern about running downwind and coming about to avoid hazards. About half the second wave decided to park their boats and hitch a ride back to Wolfeboro to get their cars.

Four of us started back under sail as a trial rounding up behind the first island to reassess our comfort level.  One tried bare poling for a bit but decided he would rig and try again. Running dead down wind proved effective and we continued down the lake catching up to the minis as they were Body sailing back.(using their bodies as sails) They were making fair progress so we continued helping each other over some more minor ridges that had formed since morning. I made several loops back to check on the body sailors while the fleet continued on down to Parker for the final check. With everyone in sight we then rounded into the Wolfeboro bay for a congratulatory high five.

The minis get the red lantern award for being the last in.

The remaining sailors then gave a toast to Leo and we packed up for the day.

P.S. There will be some Hardway committee discussions in the months after the ice leaves us.

P.P.S. Commodores note, every Hardway is a collection of sailing tales from individual pilots. Additional stories to follow in the next few days. 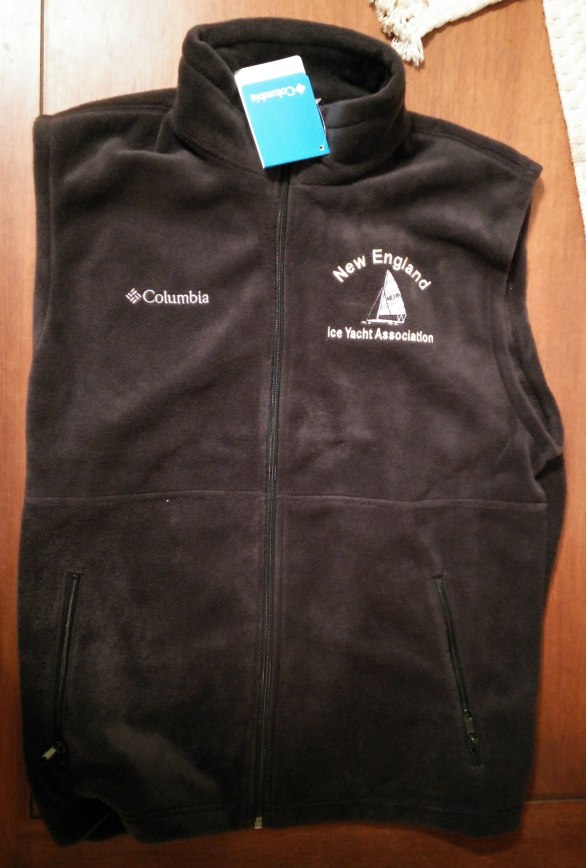